Does Marijuana Use Disqualify Your Workers’ Comp Claim?

With recreational and medicinal marijuana use being legal for quite some time now in California, it is easy to assume that weed will not affect a workers’ comp claim, especially if a physician has prescribed the use of medical marijuana for the treatment of an on-the-job injury.

Unfortunately, the use of cannabis, as it relates to a workers’ compensation claim in California, can still complicate matters.

While marijuana possession and use are permitted in California as well as in many other states, it’s still a controlled substance according to federal law. Although there has been some movement under the current administration to legalize marijuana on the national level, pot remains illegal in the eyes of the US government.

Since marijuana use and possession remain illegal according to federal law, an employer can prohibit their workers from using pot, even outside work. Employers may refuse to give a job to an individual because of their marijuana use, and they even have a right to drug test their employees as long as it is done within the confines of the law. Employees with a valid prescription for medical marijuana have additional protection under the law, but employers still have the upper hand regarding marijuana use and employment.

Marijuana Use Could Affect Your Workers’ Comp Coverage

Following a workplace injury, a California worker is usually entitled to coverage under workers’ compensation, regardless of who is at fault. However, several exceptions do exist.

Workers will not be entitled to workers’ comp in the following situations:

Although California allows for the medicinal and recreational use of marijuana, there are several activities a worker is prohibited from doing while under the influence of weed, including operating a vehicle, using heavy machinery, or engaging in any other similar activity.

An employee injured in a workplace accident while under the influence of marijuana may be denied workers’ comp benefits, especially if their intoxication was a contributing factor in the accident.

Not all situations will be clear-cut when it comes to marijuana use and workplace accidents. The bottom line is that a workers’ compensation claim in California will become complicated quickly if the employee is injured at work while impaired by marijuana. Conversely, the standards for “impairment” regarding marijuana use are not always clear.

It is also important to note that marijuana will stay in the user’s body weeks after it is consumed. Therefore, it is not uncommon for an employee to be clear-headed and sober when a workplace accident occurs but still test positive because they smoked weed a week or two earlier.

When an employer and their workers’ compensation insurance carrier launch an investigation into a workplace accident, they will not only investigate the circumstances surrounding the accident but the injured employee’s conduct.

The California workers’ compensation and workplace injury lawyers at Aoudi Law are here to help. The professional staff at Aoudi Law has helped countless California employees get the compensation they deserve following a workplace accident. In addition, they can help you fight a wrongful denial of workers’ comp benefits based on your marijuana use. 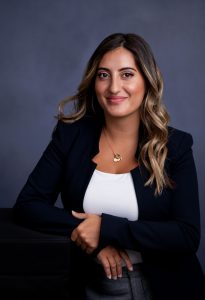